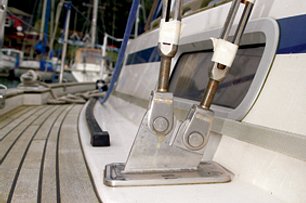 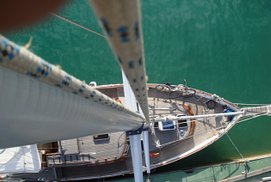 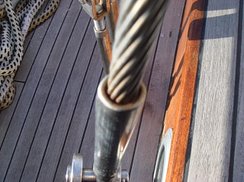 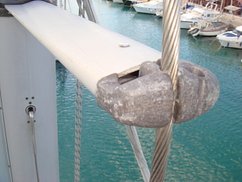 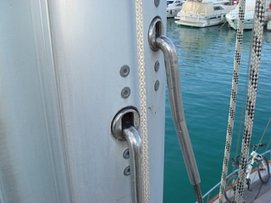 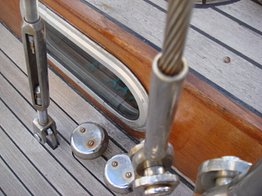 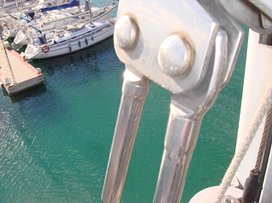 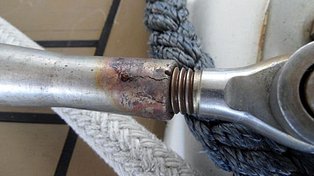 Some terminal faults are obvious, most are invisible and require professional help to detect.

Watch our recent video of what a rigging survey looks like

A broken mast… undoubtedly one of the worst fears of any sailor, nothing is more important to a serious yachtsman than the integrity of his rigging.
Seventy per cent of rigging failures are found at the top end of the lower shrouds.
Common causes are fatigue, due to vibration of the wire and salt water entering terminals as well as poor or cracked swaging.

Before the start of the years season, before a long cruise or just periodically for peace of mind, it is our reccomendation that you have your rigging profesionally surveyed.

Avoid the unnecessary expense of replacing your rigging every 10 years by having a rigging survey accurately report its actual condition, leaving you to make an informed choice.

Often the only way to avoid your insurance company arbitrarily insisting that you renew your whole rigging is to present them with the comprehensive rigging survey report that Costa Blanca Yacht Services provide.

Our detailed rigging survey includes a visual inspection of the standing rigging, mast and boom, furling gear and running rigging.

But most importantly we use electronic NDT rigging testing equipment to find the invisible defects normally hidden inside the rigging terminals.

Just as a bad connection in an electrical circuit increases resistance, so a bad joint in a rig connection, like an under swaged terminal or internal corrosion, can be detected. Higher resistance is also a sign of broken strands of wire, cracked terminals or defective swaging.

Using the Maidsure meter we can identify the following (invisible) faults within swaged rigging terminals:

Electronic testing can be done with the mast stepped or unstepped.